Who makes up a board of directors?

A board should be structured so there is a balance between executive and non-executive members, there is a majority of non-executive directors, and there is at a minimum a critical mass (at least two for a smaller board) of independent directors.

Australian law does not stipulate ratios of executive to non-executive directors. However, the Corporate Governance Council Principles and Recommendations state that a majority of the board, including the chair, should be independent directors.

Independent directors are those who have not been employed as an executive by the company, have not recently been a partner, director or senior employee of a business providing services to the company, are not substantial security holders in the company, and do not have a material business relationship with the company or a related company. 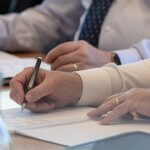 What makes a good Board Chair? 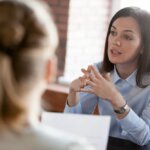 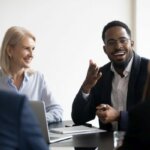 For true diversity boards need to look beyond demographics

[ featured posts (collapsed to save space) ]

What makes a good Board Chair?

May 4th
A good Board Chair understands they are a facilitator to achieve the best outcomes rather than a “commander”.   They listen more than they speak,…
read more

For true diversity boards need to look beyond demographics

July 3rd
For true diversity boards need to look beyond demographics All boards strive to deliver effective decision making that adds value. To achieve this you need the right directors in place.
read more

Discover how we can make your board more effective

Get in touch for an obligation free chat about your needs.

Speak to a team member now 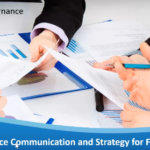 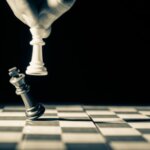 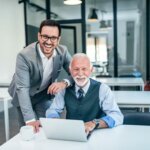 To take the first step,
request a callback today.

Our latest updates, delivered straight to your inbox.

Time for family firms to sweat the governance
We’re sharing our Board Review Checklist for a limited time. Enter your email to receive this data-backed resource for FREE.

Time for family firms to sweat the governance
We use cookies on our website to give you the most relevant experience by remembering your preferences and repeat visits. By clicking “Accept All”, you consent to the use of all the cookies. However, you may visit "Cookie Settings" to provide a controlled consent.
Cookie SettingsAccept All
Manage consent

This website uses cookies to improve your experience while you navigate through the website. Out of these, the cookies that are categorized as necessary are stored on your browser as they are essential for the working of basic functionalities of the website. We also use third-party cookies that help us analyze and understand how you use this website. These cookies will be stored in your browser only with your consent. You also have the option to opt-out of these cookies. But opting out of some of these cookies may affect your browsing experience.
Necessary Always Enabled
Necessary cookies are absolutely essential for the website to function properly. These cookies ensure basic functionalities and security features of the website, anonymously.
Functional
Functional cookies help to perform certain functionalities like sharing the content of the website on social media platforms, collect feedbacks, and other third-party features.
Performance
Performance cookies are used to understand and analyze the key performance indexes of the website which helps in delivering a better user experience for the visitors.
Analytics
Analytical cookies are used to understand how visitors interact with the website. These cookies help provide information on metrics the number of visitors, bounce rate, traffic source, etc.
Advertisement
Advertisement cookies are used to provide visitors with relevant ads and marketing campaigns. These cookies track visitors across websites and collect information to provide customized ads.
Others
Other uncategorized cookies are those that are being analyzed and have not been classified into a category as yet.
SAVE & ACCEPT
Download Free eBook